“…the twenty-first century will be more about the Indian Ocean than either of the other two [the Pacific and the Atlantic Ocean] — and the sooner we fully realize that in the United States, the better.”

“The Indian Ocean, while admittedly smaller than the Atlantic or Pacific, consists of nearly a quarter of the waters on the globe, especially when one counts its major subordinate seas, the Red Sea and the Arabian Gulf. Across its vast expanse move 50 percent of all shipping and containers and 70 percent of all oil, making it quite literally the crossroads of globalization. Nearly forty nations border it, with more than a third of the world’s population. And it is the beating heart of the Islamic world, with Pakistan, Indonesia, Bangladesh, Iran, Saudi Arabia, Egypt, and the Gulf States all having coastal access to the Indian Ocean. More than 90 percent of the world’s Islamic population is in this massive catchment basin.” (Underlined is Author's emphasis)

It seems suggestions of Admiral Stavridis have not fallen on deaf ears. On June 1, 2018 during the International Institute for Strategic Studies Shangri-La Dialogue in Singapore, the U.S. defense secretary James N. Mattis tried to patent the Pacific Ocean and the Indian Ocean as the "Indo-Pacific" region. This it seems, is an attempt to challenge China's growing presence in the South China Sea and also placate India towards a larger role in this region. Australia and Japan are already on board with the U.S. to challenge China in the Pacific.

If this is another attempt by the U.S. to "contain China" then it remains to be seen what shape these developments will take in the future.

To view the reporting on the Shangri-La Dialougue, please see below:

​As for the Muslim presence in the region, according to a 2015 Pew Research Center report, the world Muslim population was 1.6 billion people and projected to rise significantly. 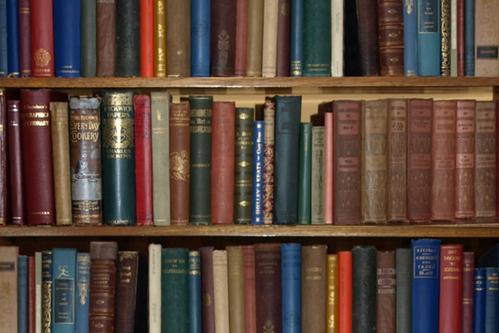 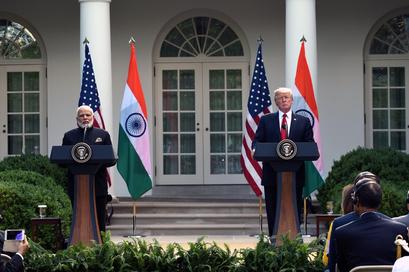 Above: Prime Minister Narendra Modi with President Donald Trump during his visit to the U.S. on June 26, 2017

On July 10, 2017 the U.S. along with India and Japan conducted naval exercises in the Strait of Malacca. Originally these naval exercises began in 1992 on a annual basis between the U.S. and India. Other South East Asian nations, including Australia, participated on and off. This year (2017) Japan became a new participant due to recent developments in the South China Sea by China, and with North Korea extending its missile range with its test of an ICBM (Inter continental ballistic missile) on July 4, 2017.

With China feeling the possible threat of encirclement by the U.S., India and Japan in the long term, it was in May 2001 that China and Pakistan announced the development of Gwadar port in south west Pakistan.

Going back to 1992 when the U.S. and India initiated the Malabar naval exercises one must keep in mind that this was the era of President George H. W. Bush. The Soviet empire had collapsed and Saddam Hussein had been defeated in the first Gulf War and removed from Kuwait. The U.S. now had no equal rival. Instead of assuring the world of its non-hegemonic designs in the Middle East however, the U.S. established a large military base inside Saudi Arabia.                                Soon after on March 6, 1991 President George H. W. Bush gave his famous speech in the U.S. congress calling for a "New World Order." He went on to say, "Now, we can see a new world coming into view. A world in which there is the very real prospect of a new world order...The Gulf war put this new world to its first test, and, my fellow Americans, we passed that test."                                                          Some of the U.S. policy makers in his administration were secretary of defense Dick Cheney and undersecretary of defense Paul Wolfowitz. At this time there was no issue of terrorism. These developments had geopolitical motivations, particularly the containment of China, and the prevention of any independent and cohesive Muslim bloc. The Cheney/Wolfowitz duo once again came together in 2001 and their era has been full of wars that have cost hundreds of thousands of lives in Afghanistan, Pakistan, Iraq, Syria and Turkey. Presently there is no end in sight. To say that geopolitics is not an issue today is naivety beyond any comprehension.
So what did China do in the early 1990s? It began cultivating Pakistan in the Persian Gulf region and helping it grow its nuclear program at an exponential rate. To address its fear of “containment” by the U.S. and India, China and Pakistan announced the development of Gwadar port in May 2001.
Living in the post-Cold War world we should have learned the lessons of the past by now. While containment of the Soviet Union undoubtedly was necessary and effective, it was not without its costs, particularly for the national development of the third world. Afghanistan and Pakistan are vivid examples of what the Cold War left behind. Today the crafting of foreign policy based on containment and balance of power will likely carry monumental risks.           There is always a possibility of miscalculation in a region that now has more than one nuclear state (China, India and Pakistan); all of which are not only expanding their nuclear arsenals but also their conventional military capabilities as well.
Indeed if countries such as the U.S., India, and China have concerns based on geopolitics then this is something that must be discussed publicly and openly. And if that is not enough then these grievances must be taken to the United Nations and allow the effected countries to make their case and concerns in front of the world body. President John F. Kennedy did that in 1962 during the Cuban missile crisis and the results were encouraging for both the U.S. and the Soviet Union. Both got something in return and nuclear war was prevented.
For any large power(s) to deny a country or countries the oil resource of the Middle East is lunacy, for lack of a better term. The Middle East resources belong to the people of this region and only they must be the guarantor that all countries have equal access to this energy resource.
This is the main reason that I have written my book, which is to discuss the geopolitical interests of these nations openly and not behind closed doors, which sadly is the case today.

As the US and India renamed the Pacific and the Indian Ocean as "Indo-Pacific Ocean" in 2018, Russia in particular took exception to this move. In January 2020 at the Raisina Dialouge in India, Russian Foreign Minister Sergei Lavro did not mince words: 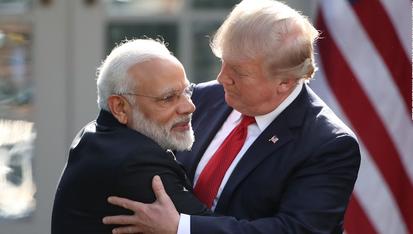